Eastern Sierra Interpretive Association’s (ESIA) edition of Ansel Adams’ Born Free and Equal: The Story of Loyal Japanese-Americans was recognized by the Public Lands Alliance as a Publication of the Year for 2022. It is a limited-edition reprint of Ansel Adams’ book, published by U.S. Camera in 1944. He developed the images and text after several visits to Manzanar in 1943 and 1944.

“The Eastern Sierra Interpretive Association board and staff are honored to join the Manzanar National Historic Staff in accepting this very prestigious award from the Public Lands Alliance,” said ESIA Executive Director Jeff Gabriel. “To reprint Ansel Adams’ book was truly a monumental effort by several key partners,” including CityFiles Press, The Ansel Adams Publishing Rights Trust, The Fund for People in Parks, and Alan Ross Photography (Julie Ross), and was limited to 3,000 copies.

Acting Manzanar Superintendent Patrick Taylor commented, “We are incredibly grateful to everyone who helped to share this important piece of American history. While Adams is most known for his dramatic landscape photography, he was also dedicated to capturing the struggle of Japanese Americans during World War II. These images remind us how fragile our constitutional liberties can be.”

When Adams offered his Manzanar images to the Library of Congress in 1965, he explained, “The purpose of my work was to show how these people, suffering under a great injustice, and loss of property, businesses and professions, had overcome the sense of defeat and dispair [sic] by building for themselves a vital community in an arid (but magnificent) environment.”

For a limited time, each purchased copy includes a string of origami cranes handmade by 98-year-old George Oda, who was incarcerated in Manzanar as a younger man. Born Free and Equal: The Story of Loyal Japanese Americans | Webstore (esiaonline.org) is available on the ESIA website and in the Manzanar bookstore, located at 5001 Highway 395, six miles south of Independence and nine miles north of Lone Pine, California. Learn more about Manzanar at https://www.nps.gov/manz and on Facebook as Manzanar National Historic Site and Instagram and YouTube as ManzanarNPS. Learn more about ESIA at www.sierraforever.org. 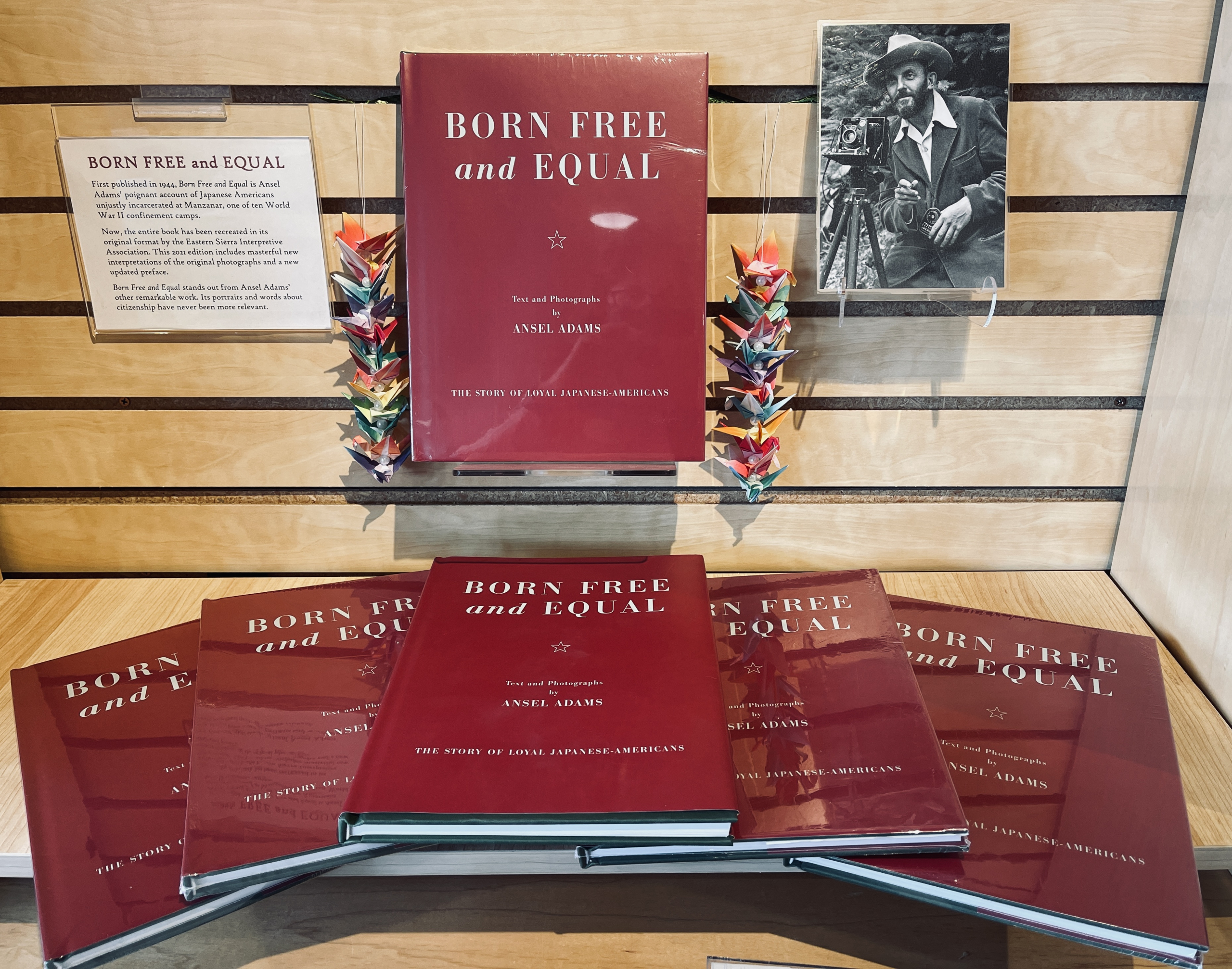