Valley of Giants: Stories from Women at the Heart of Yosemite Climbing

The mountains have been a part of Tad’s life for almost as long as he can remember. At first he’d find himself running around the western Sierra barefoot with a fly rod, but gradually he steered his attention to the vertical and technical world of climbing and mountaineering as a vehicle to experience the wonders of the natural world. He likes pre-dawn starts, cracked cuticles, unplanned bivies, zinc stained smiles and summit sunsets. For most of the last decade he has been chasing adventure from the windswept Pampas of Patagonia to the lung-busting high country of the Himalaya. When not seeking out the road less traveled, he lives in Bishop and works as a Mountain Guide specializing in high-end alpine terrain and full-scale, remote expeditions.
Some of Tad’s alpine accomplishments include:
-40+ New routes in the Sierra Nevada
-Over 50 expeditions to the greater ranges such as the Alaska Range, the Andes, the Himalaya and the Karakoram.
Join Tad as he presents on new routes and exploration in the Range of Light. He is convinced that the Sierra Nevada is the best “Home Range” in the United States. 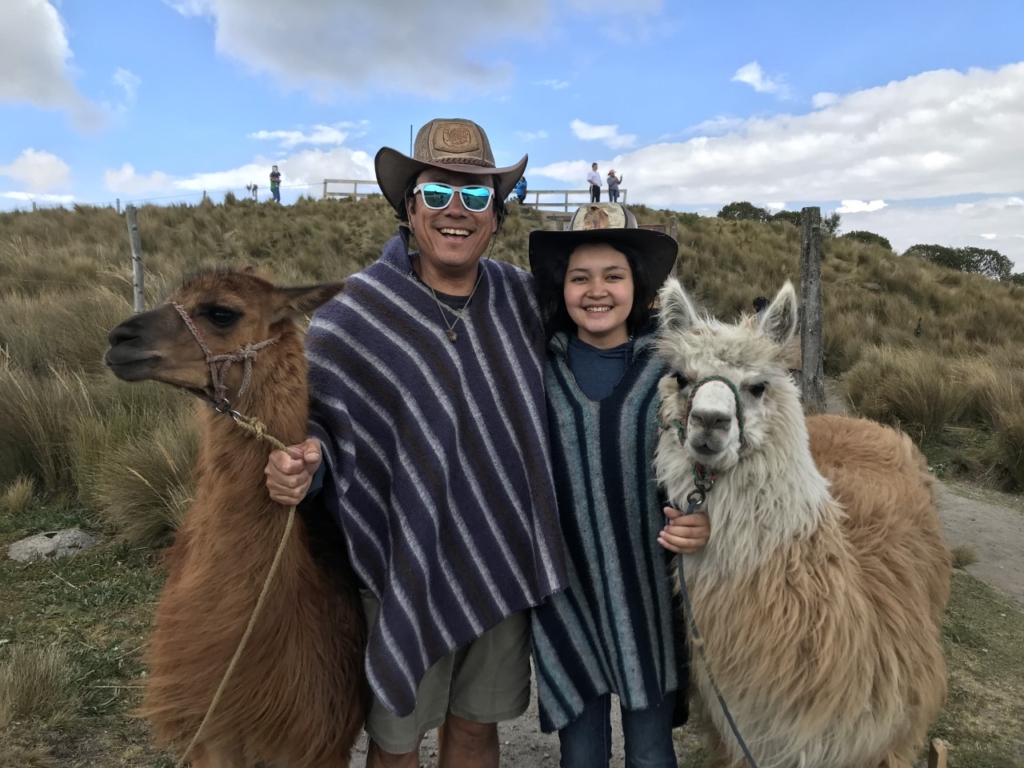 Ryan found himself homeless in the middle of Downtown Los Angeles’s Skid Row after a decades long struggle with alcohol and drugs. Ryan was in and out of jail, rehabs, and unable to hold a job or provide for his young family. While homeless on Skid Row, he met a marathon-running LA Superior Court Judge and joined his running club. Unaware at the time of what was in store, he began training for what he thought would culminate in the upcoming LA Marathon, but 10 years later wound up being marathons on 5 continents, a 50 mile ultra, and a journey of a lifetime. Somewhere along the way he would find recovery, himself and discover his will to live was stronger than his fear of living sober.

Ryan lives in Bishop,CA, his hometown, with his 16 year old daughter Isabella, where he enjoys his greatest passion, chasing her through life. He’s a school bus driver, wanna be rock climber and President of Inyo County’s Search and Rescue Team. 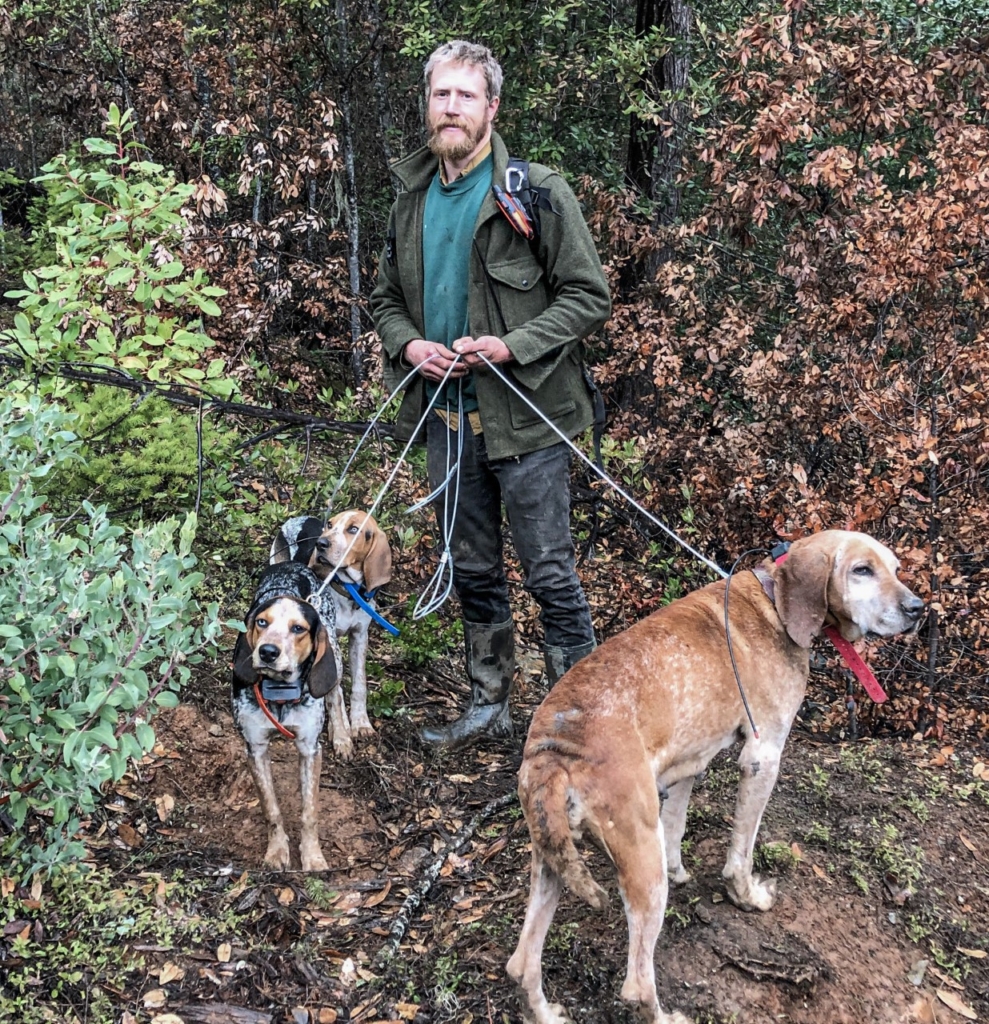 Phil Johnston is a professional wildlife tracker, mountain lion researcher, outdoor educator, and Environmental Scientist with the California Department of Fish and Wildlife studying mountain lions and Sierra Nevada bighorn sheep in the Eastern Sierra. He tracks mountain lions throughout California’s diverse ecosystems with the goal of contributing to our scientific understanding of mountain lion ecology and behavior, and provides specialized training on wildlife tracking and animal behavior.

Ronda will be joined with her niece, Jazmyn, and they will tell us more about growing up in the Eastern Sierra and still being able to continue with their Native American traditions while living in this modern world. Having spent her whole life in this area and having stories of the past, Ronda will talk about how these changes to winter have affected her homelands. Ronda lives in Lee Vining, California. 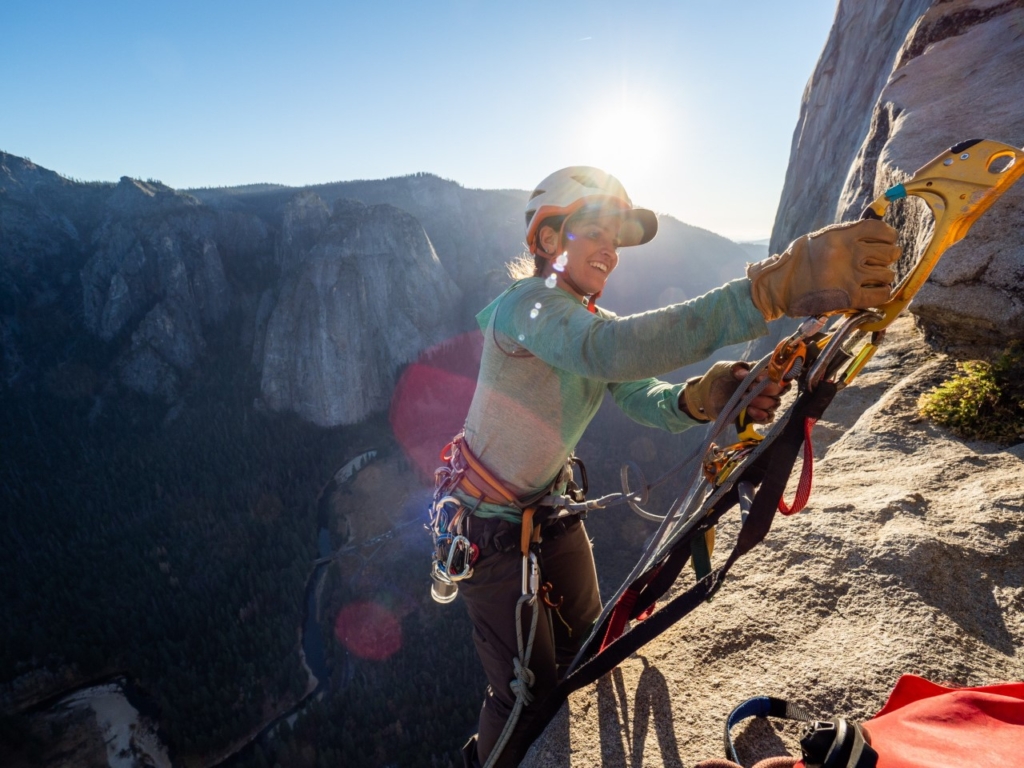 Missing the mountains after working in Central America and Africa on off-grid solar projects, Brooke moved to Yosemite “just for the summer” to become a big wall climber five years ago… and never left (at least seasonally). Always on the lookout for ways to spend more time moving through the mountains, she now spends her winters ski patrolling, starting to teach avalanche courses, and volunteering at Eastern Sierra Avalanche Center as a key observer. She still spends her summers in Yosemite, now on Yosemite Valley’s Search and Rescue team, recently becoming way too much of an aid climber. 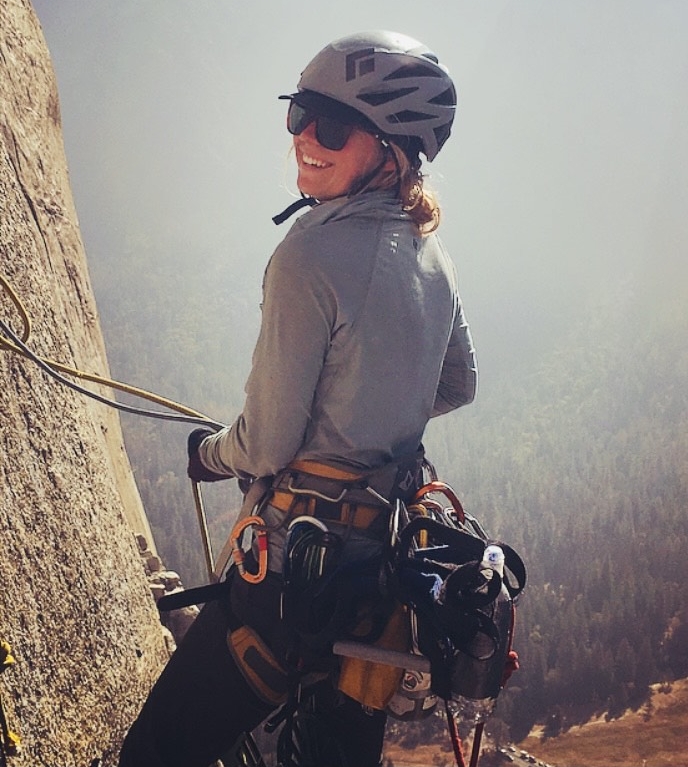 Anika is a climber, skier, and artist living on the Eastside of the Sierra. She spends her summer chasing free climbing in Yosemite and the high Sierra and her winters ski patrolling. She’s worked as a wilderness EMT since 2015 and lead high altitude expeditions abroad and in Alaska. She is happiest climbing alone in the mountains and hopes to inspire other women to find their strength and confidence through solo expeditions. 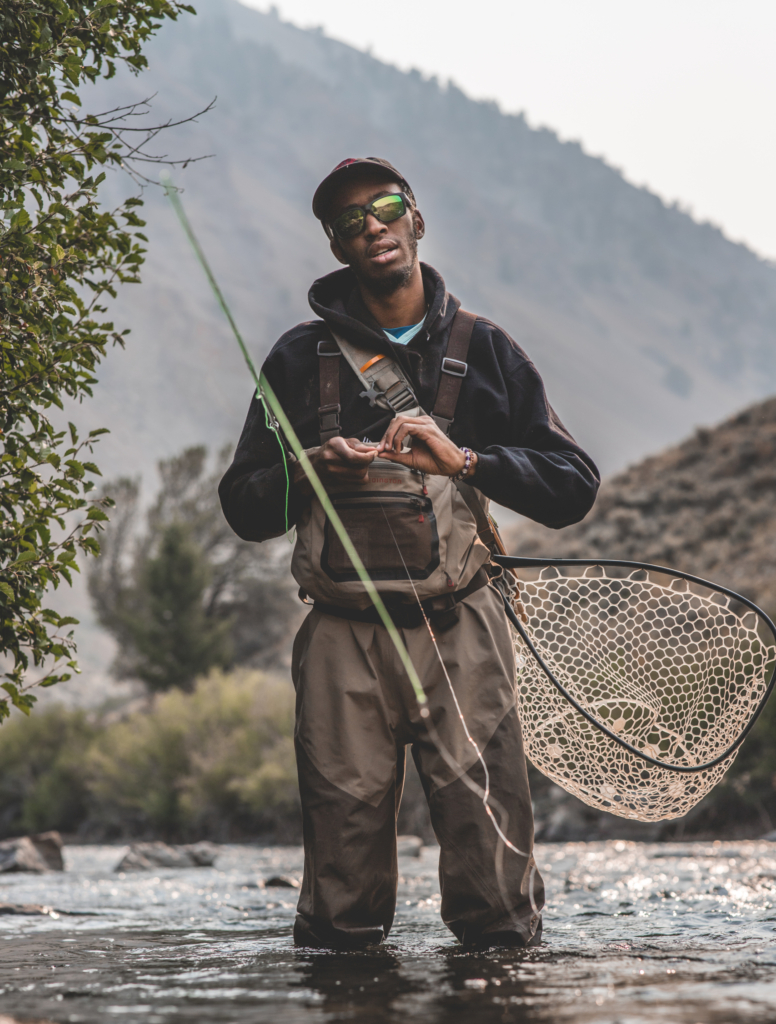 Eeland Stribling is a biologist and outdoor educator from Denver Colorado. When he’s not fly-fishing around the world, he’s hanging with his dog. He graduated with a degree in Conservation and wildlife biology. He’s worked for Colorado parks and wildlife, Lincoln Hills Cares, The US Forest service, Butterfly Pavilion and Rocky Mountain National Park. He’s also a stand-up comedian.  Winner of the 2019 clean comedy competition at Comedy Works and several other comedy competitions. He’s performed on festivals and clubs across the country. And been featured on short films with Coors, Vimeo: Staff Picks, Telluride Film Festival, and Huckberry. Between wildlife, road rage and goofiness, you’ll live love and laugh with him. 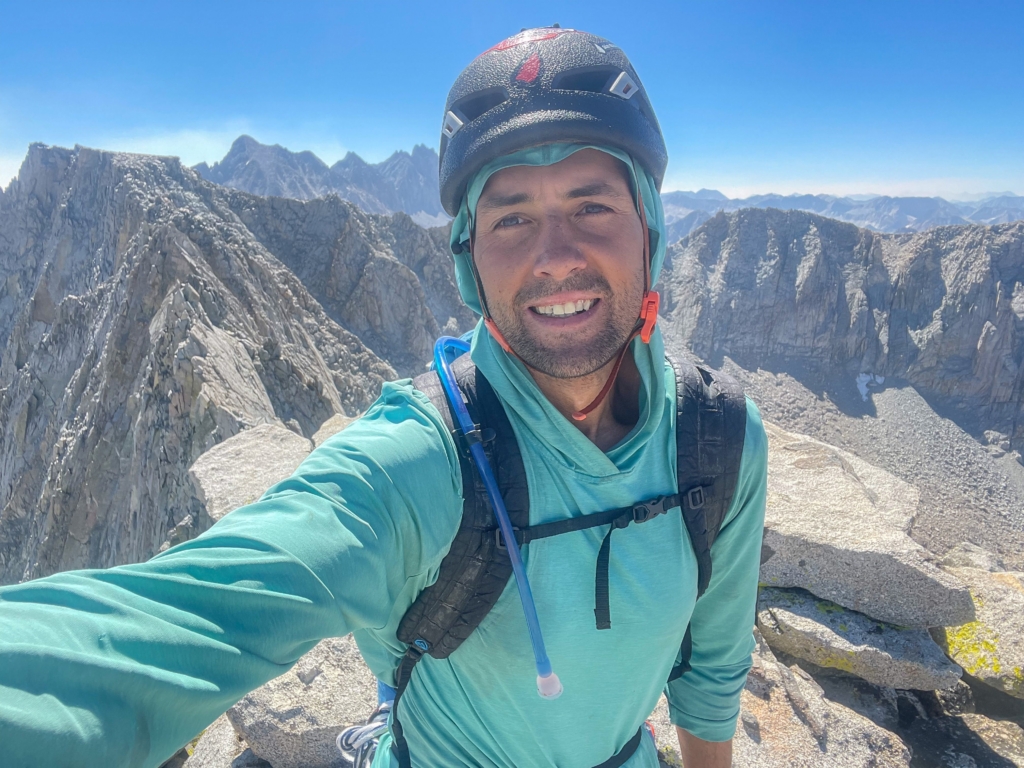 Ever since overcoming severe health issues and obesity, and since he found his passion in the outdoors, Vitaliy has been on a mission to explore the world and his own limitations as an athlete. Though he works full time as an ER nurse, he finds time and joy from going on international expeditions, scrambling, photographing, climbing bigwalls, putting up major first ascents, repeating classic trad climbs, trail running and simple pleasures such as becoming a small part of a vast landscape.
His love of the Sierra Nevada culminated with the biggest high altitude technical traverse in the Western Hemisphere and much more meaningful contribution to the local community – a three volume climbing guidebook to technical routes in the High Sierra.
We use cookies on our website to give you the most relevant experience by remembering your preferences and repeat visits. By clicking “Accept”, you consent to the use of ALL the cookies. However you may visit Cookie Settings to provide a controlled consent.
Cookie settingsACCEPT
Privacy & Cookies Policy