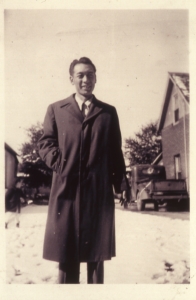 My grandfather, Jerry Fujikawa. This picture was taken after the war when he was regaining control of his life.

My Grandfather, Jerry Hatsuo Fujikawa was 30 years of age when his family was sent to Manzanar. At the time, he was a salesman in West Los Angeles, married to Emily Grinell, a seamstress. They had already faced much prejudice, including anti-miscegenation (laws which criminalized marriage between whites and other races).

Grandpa’s family was assigned to Block 13, which is just north of the the visitor’s center, so it was my first stop. They were put into barracks #5. Within barracks #5, they were assigned apartment number 1. So their address was 13-5-1.

Today, there is nothing there except cement slabs, trees, and shrubs. Ranger Lynch took me to where his block was and we talked about some of the challenges that he faced.

He and Emily had an infant and a toddler.  They were unable to bring the things that you would need to care for their little ones.  Because Emily was white, she was able to leave, and she did so because they needed to earn money.  However the children were half-Japanese, so they had to stay in camp with their dad (my grandpa).  It’s hard to imagine why someone would see an infant and a toddler as a threat to national security. It’s also hard to imagine how they managed without a high chair, pampers, wipes, toys and other things we take for granted. 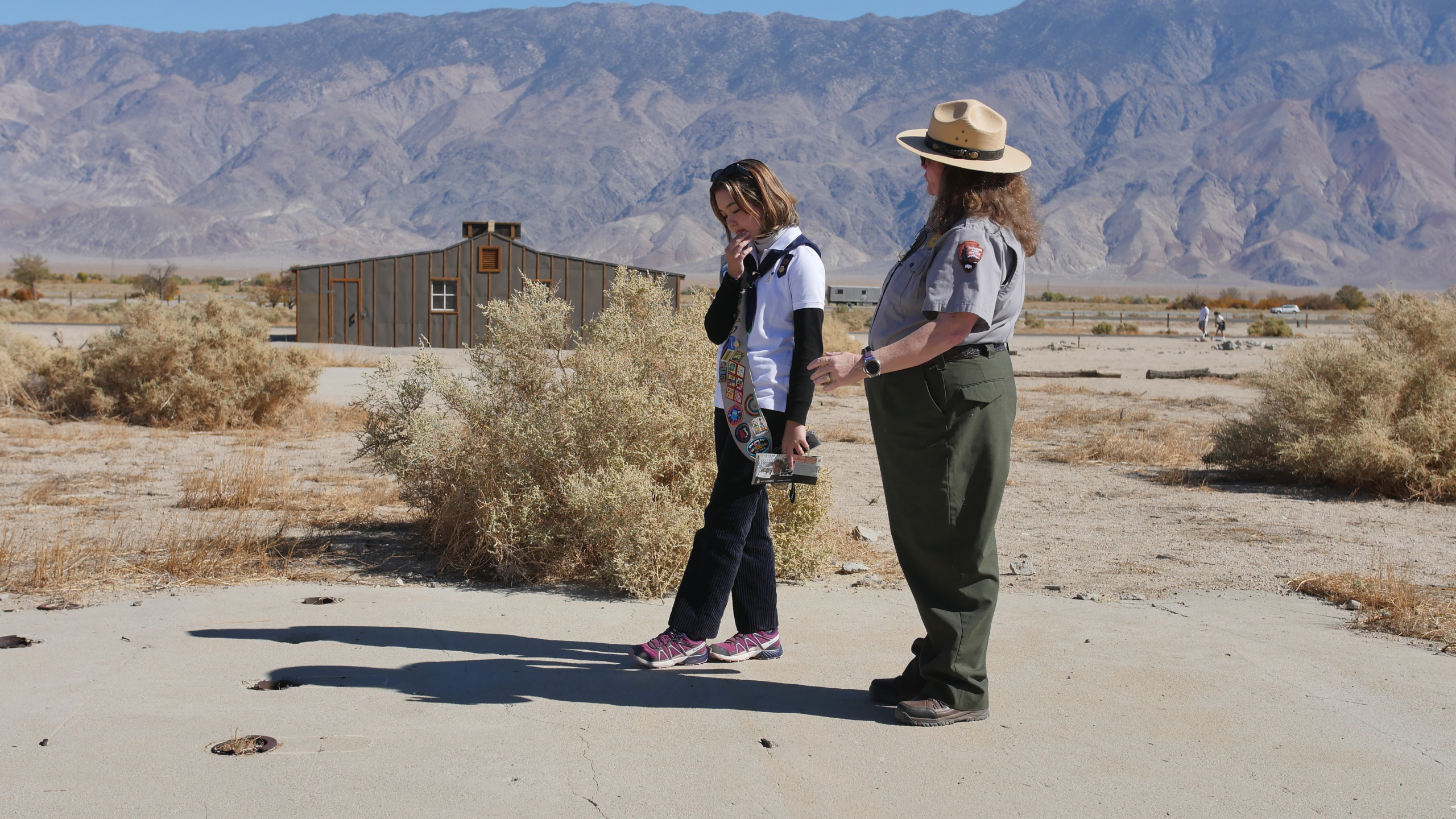 While there are no known photos of Grandpa Jerry and his family at Manzanar, the family acquired this snapshot of Jerry at Camp Shelby, Mississippi, where he received basic training with the 442nd Regimental Combat Team. My aunt Tirsa (right) was the infant at Manzanar. Here she is two years old. Unfortunately the older child, Gerald, had a fatal accident just after leaving Manzanar. Some of the losses at Manzanar and the other camps were incalculable.

Those who were as little as 1⁄16 Japanese were affected. U.S Army Major Karl Bendetsen ordered that any person, no matter their age, who had “one drop of Japanese blood” were to be confined.

With “only what they could carry” as the instructions, what items do you think they brought with them to care for the children?

If you were being sent to camp, what items would you bring? Write a journal entry about your thoughts, or draw a photo and upload a screenshot of it here.