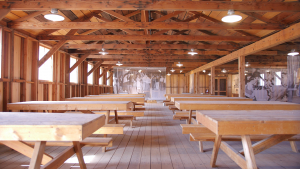 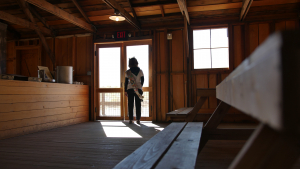 Each block in Manzanar had a shared mess hall where they ate their meals. Throughout the 36 block mess halls in all of Manzanar, 3 meals a day were served to about 300 people. During meal time, incarcerated people would line up (similar to the cafeteria lunch line at your school) to be served their meals on a metal tray.

Food at Manzanar was military grade frozen/dried/powdered goods – AKA it did not taste good. But, some older folks, when they left their homes to come to Manzanar, brought seeds with them, and planted them within the camp. So, eventually the food improved as the Japanese Americans grew their own produce and took matters into their own hands. Over time the camps had their own agricultural operations which further supported the mess hall offerings.

They sat at long picnic tables with benches, sharing meals with their families, friends, or strangers who lived within their block. This was nothing like eating a meal at their proper home, but they made what they could of the situation. 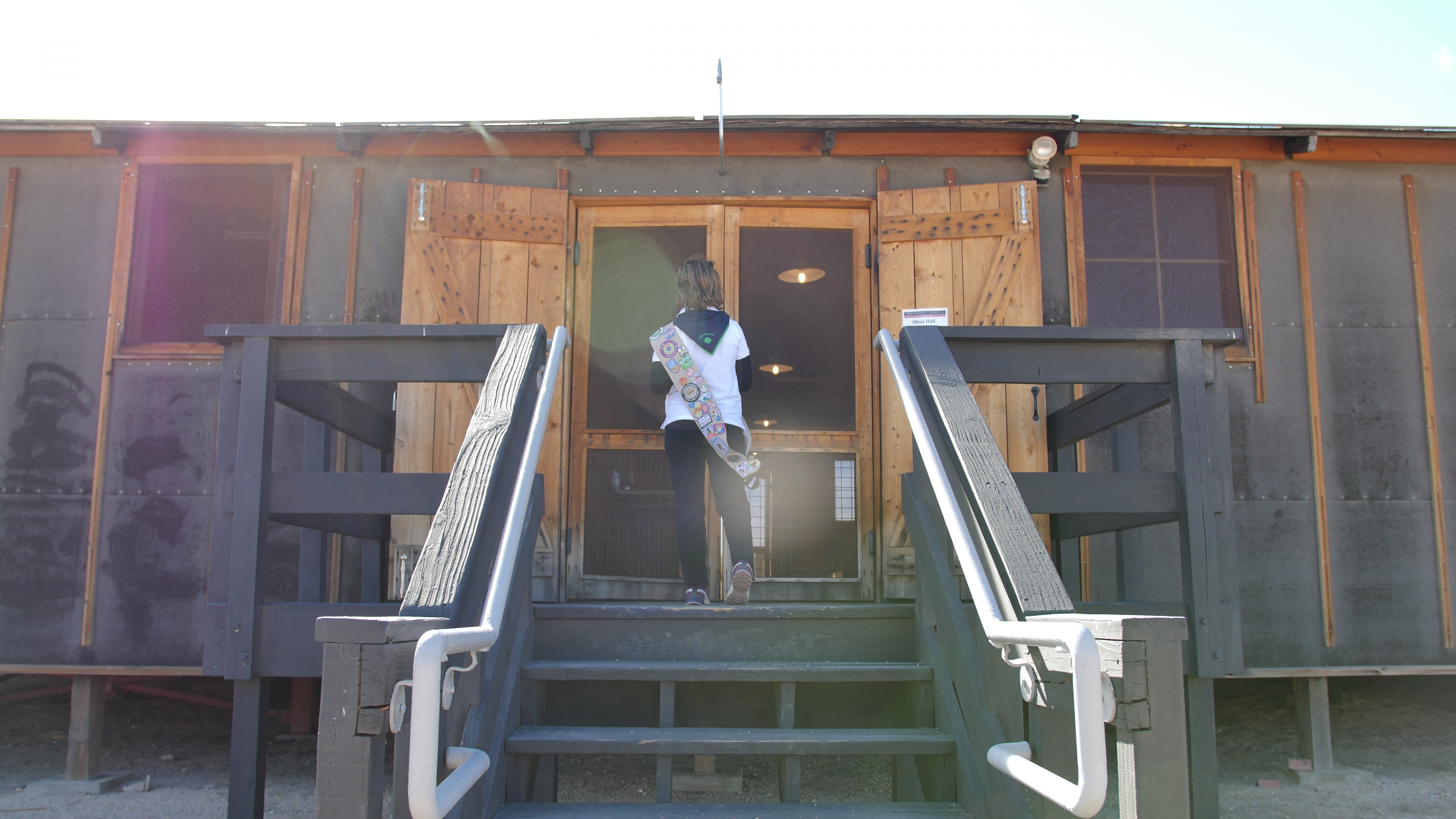 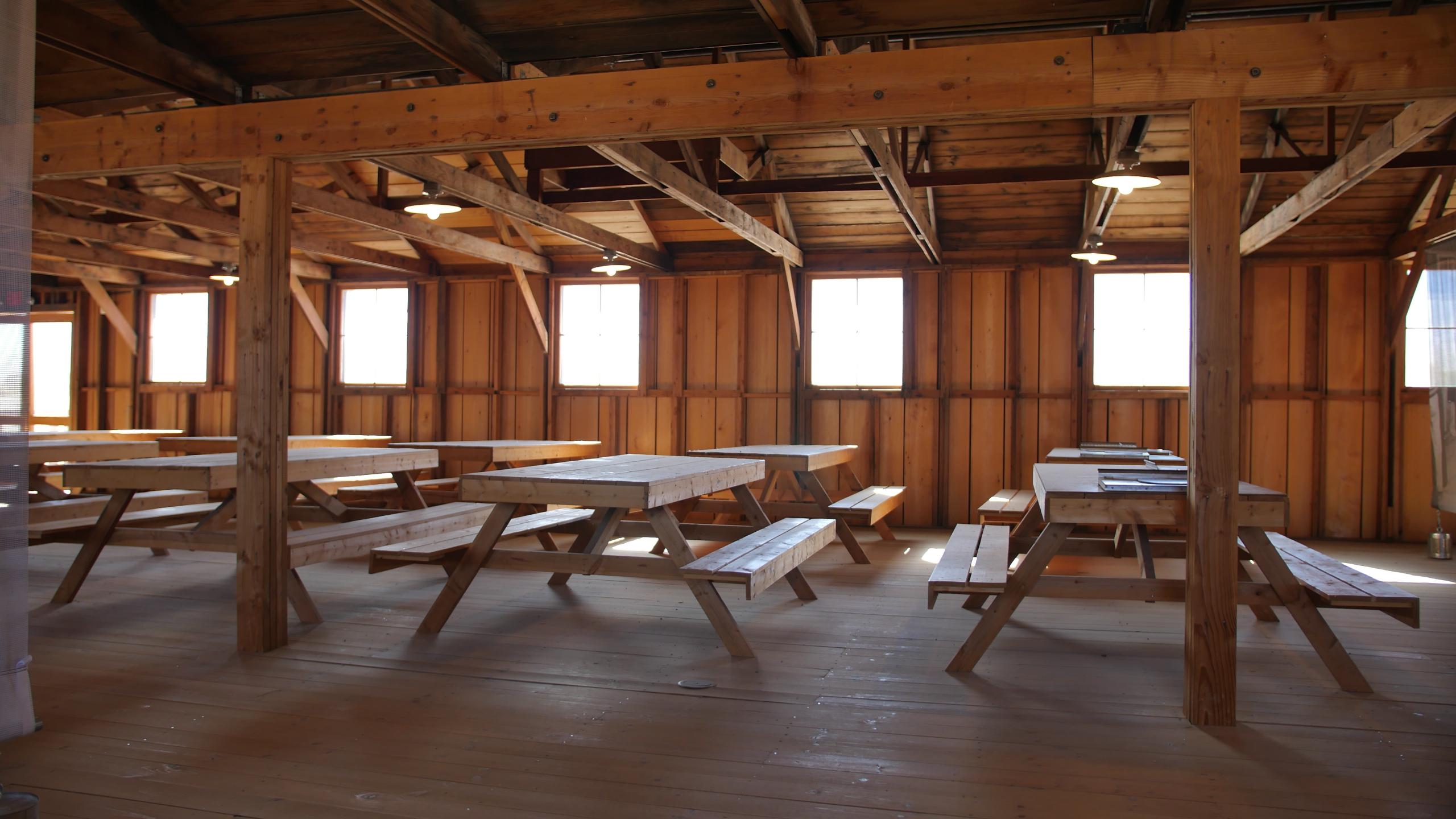 “…and on top of the rice, a serving of canned apricots….thinking that the fruit poured over the rice would make a good desert…my mother jabbed me in the back to keep quiet.”

ACTIVITY 6: Write about or draw what food you would miss the most OR write about who you would sit with in the mess hall and why.