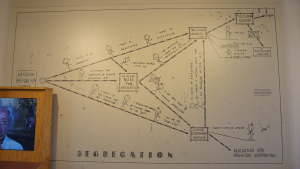 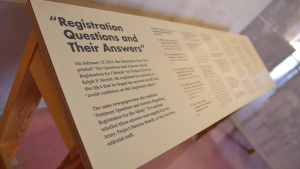 The Japanese Americans who were over 17 years old had to eventually complete a form to determine who was “loyal” or “disloyal” to the United States Government.  Prior to this, Japanese American citizens had been categorized as enemy aliens on the basis of their ancestry.

The most important questions on what became known as the Loyalty Questionnaire were questions 27 and 28. 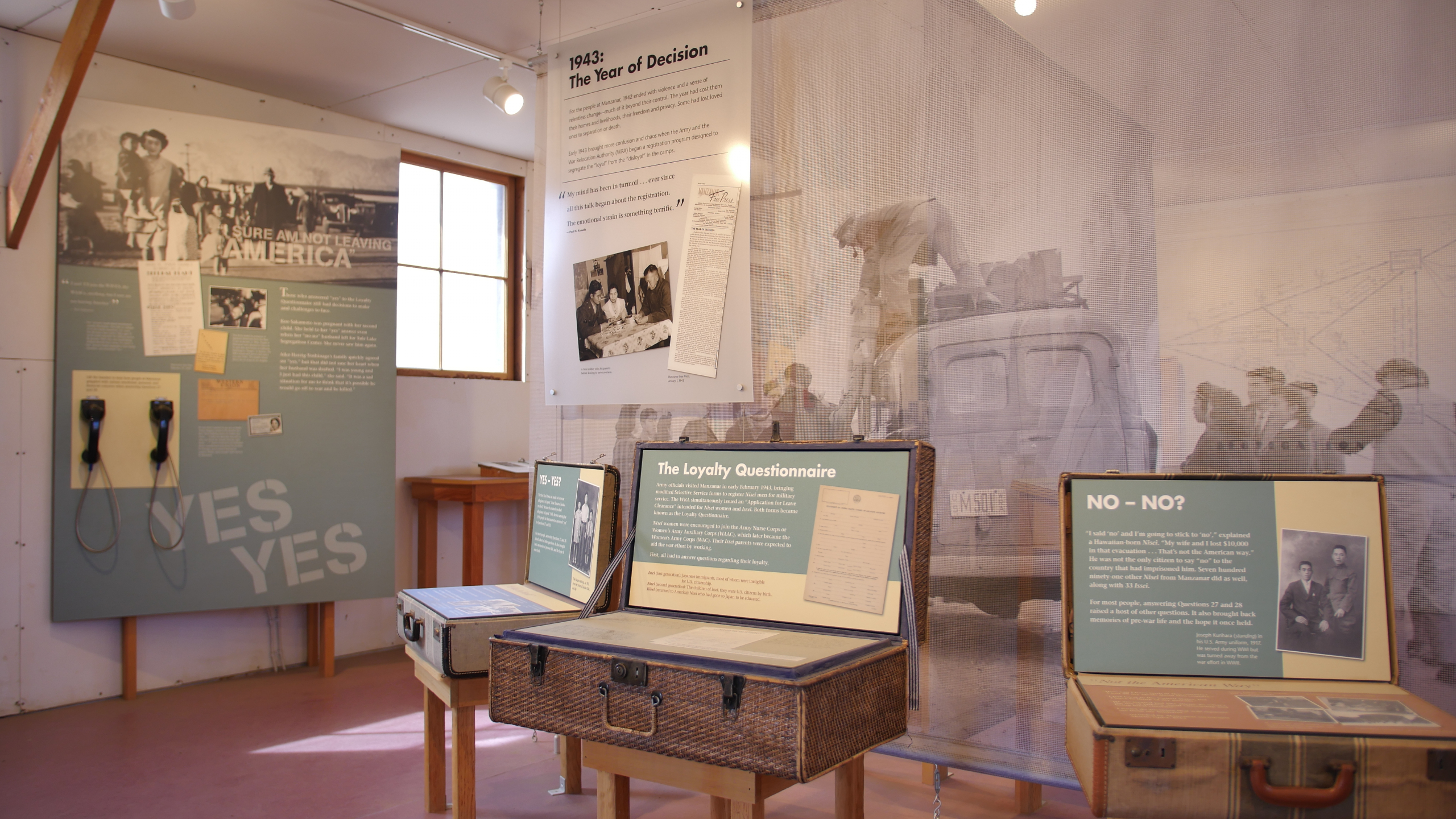 Question 27 asked if you would be willing to serve as a combat soldier, nurse, or in the Women’s Army Auxiliary Corps. It would mean leaving your family behind in camp, as well as pledging your service to the same country that had locked them up in camps and racially discriminated against them up until this point.

Question 28 asked if you would “swear unqualified allegiance to the United States… and forswear any form of allegiance or obedience to the Japanese emperor, to any other foreign government, power or organization?” #28 was even harder.  It was often considered to be a trick question. Answering “yes” might suggest you had prior allegiance to Japan, while answering “no” would suggest disloyalty to our country.

Answering anything but “yes” to both of these questions would indicated that you were disloyal, and defying the United States Government.

Those who did answer “no” to one or both questions were sent to Tule Lake Segregation Center, and sometimes repatriated to Japan.

“What kind of Americanism do you call that? That’s not democracy. That’s not the American way, taking everything away from people… Where are the Germans? Where are the Italians? Do they ask them questions about loyalty?” —Morris E. Opler, Manzanar Community Analysis Report, 1943

How would you have answered the Loyalty Questionnaire and why? Would knowing the consequences of answering “no-no” change your answer?