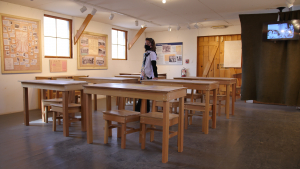 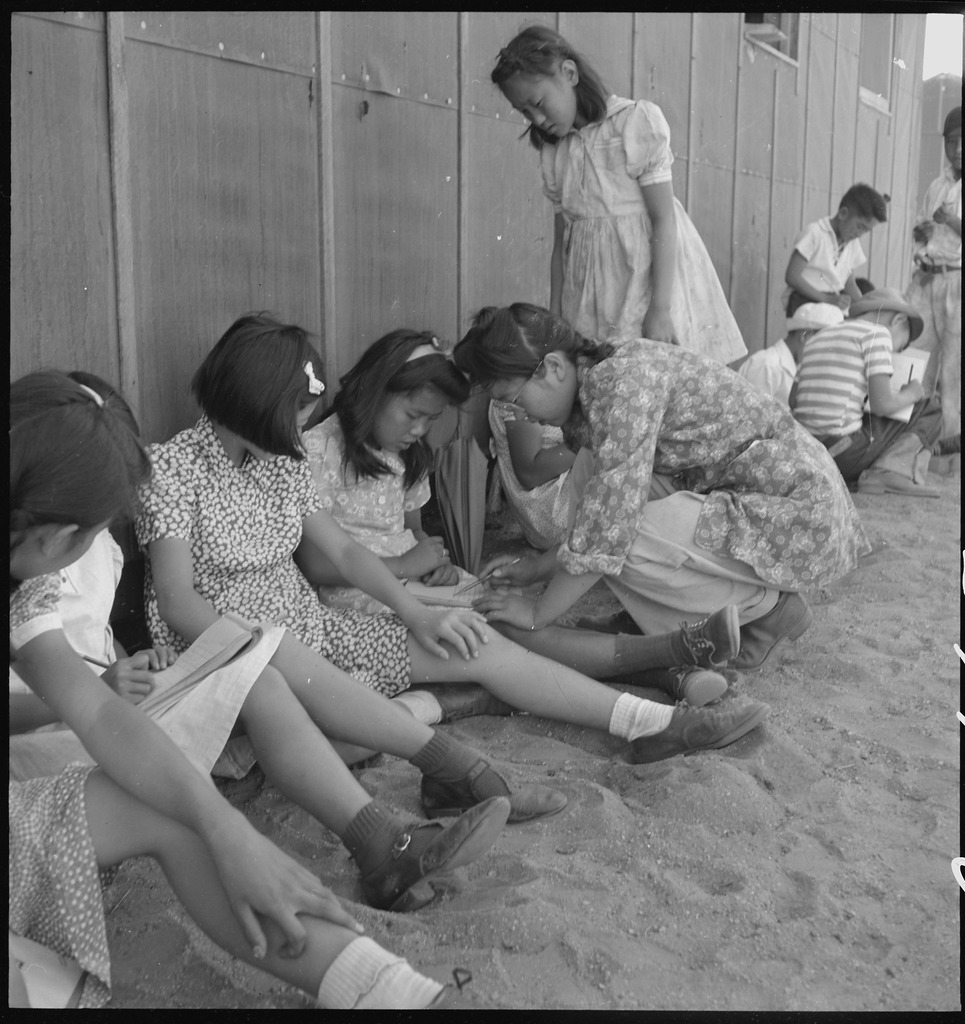 Going to School in Manzanar

While living in the camps, children still had to attend school, just as they would have done had they not been forced into the camps. They had classrooms and teachers, only now their classmates where all fellow Japanese American students. Though all incarcerated, they were still having to take chemistry class, English class, math class etc. Life went on. Even if that meant it had to go on inside the camps.

In addition to this, many of their parents still had to work, meaning school (kindergarten – 12th grade) was a way for their kids to remain occupied and academically inclined. Manzanar had many school facilities, and it has been noted that school was more challenging within the camps because their classmates, all being Japanese American, were competing with each other as they were all used to having to work harder than their white classmates. Nevertheless, school was a way for kids to grow and learn in the camps, and they even had organized graduations during their time there. 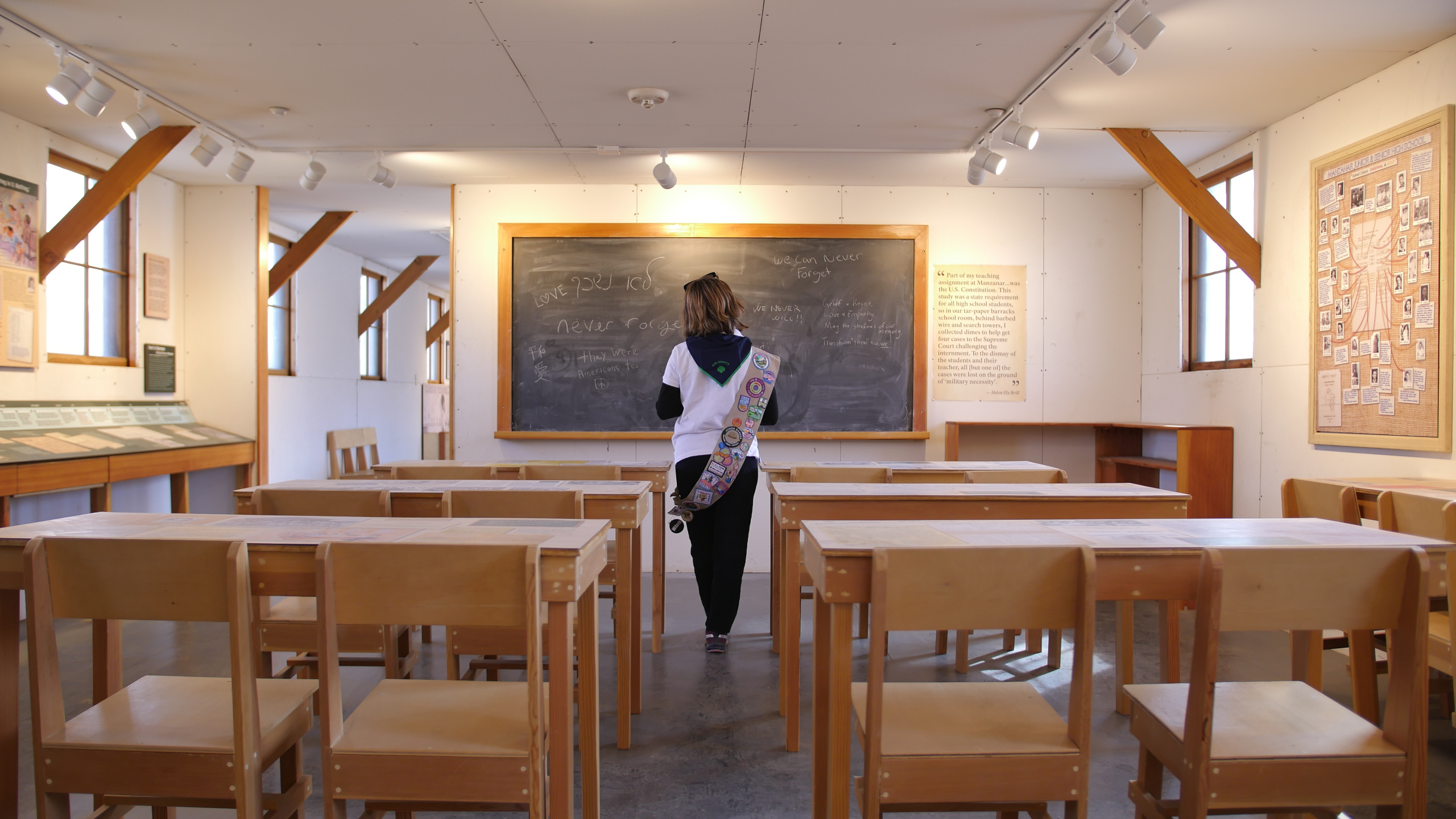 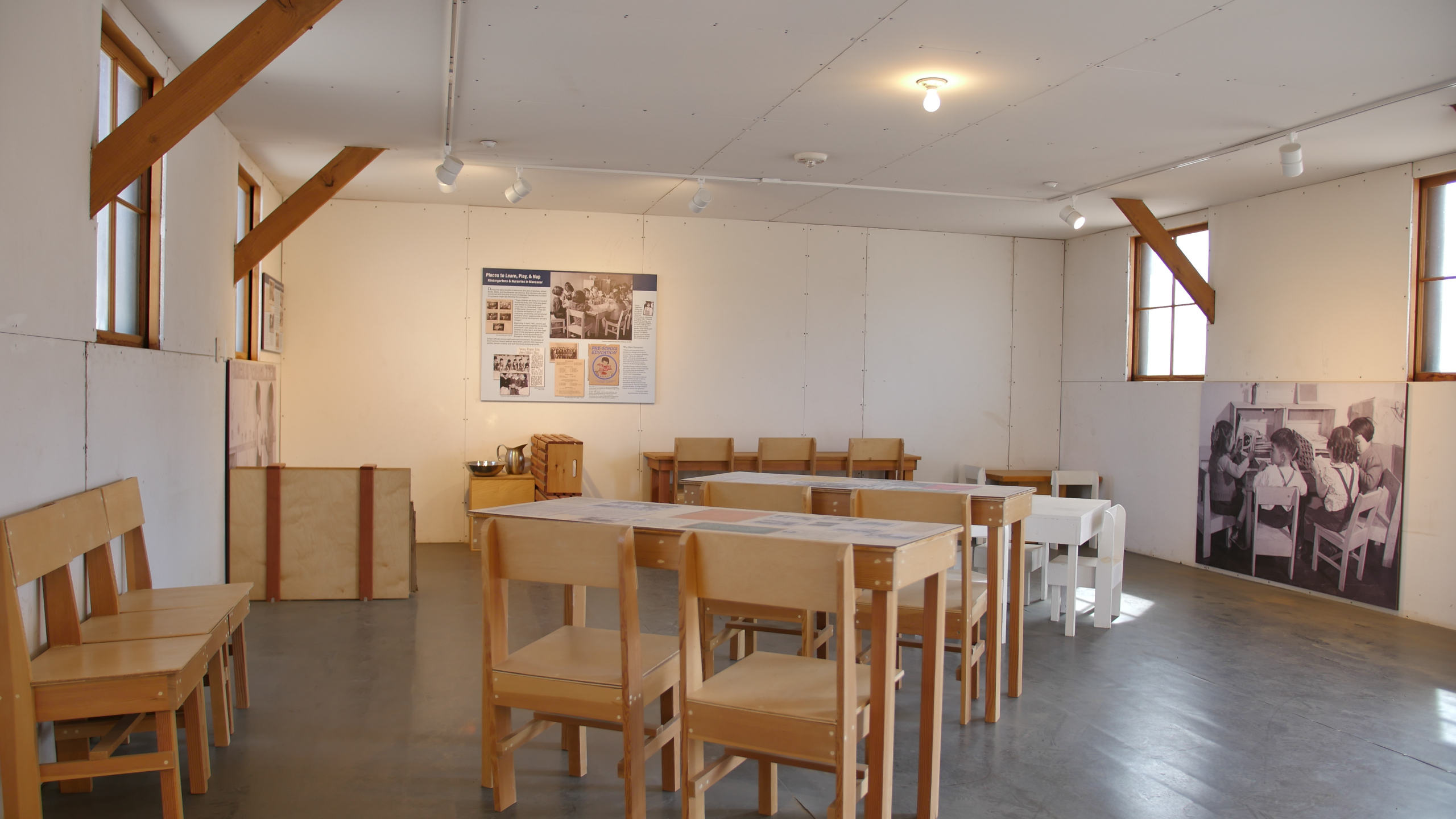 At first, ninth-grader Yuri Matsunaga recalled “sitting on the floor in a bare room without any desks or chairs.” She was among more than 2,300 students relocated to Manzanar before the end of the 1942 school year.

How would it make you feel to have to continue to do schooling at Manzanar? How might that affect your work ethic? Would school in camp make you work harder and want to learn more, or would it make you feel less motivated to go to school? Write a short paragraph and tell us what concerns or problems might come up for you.