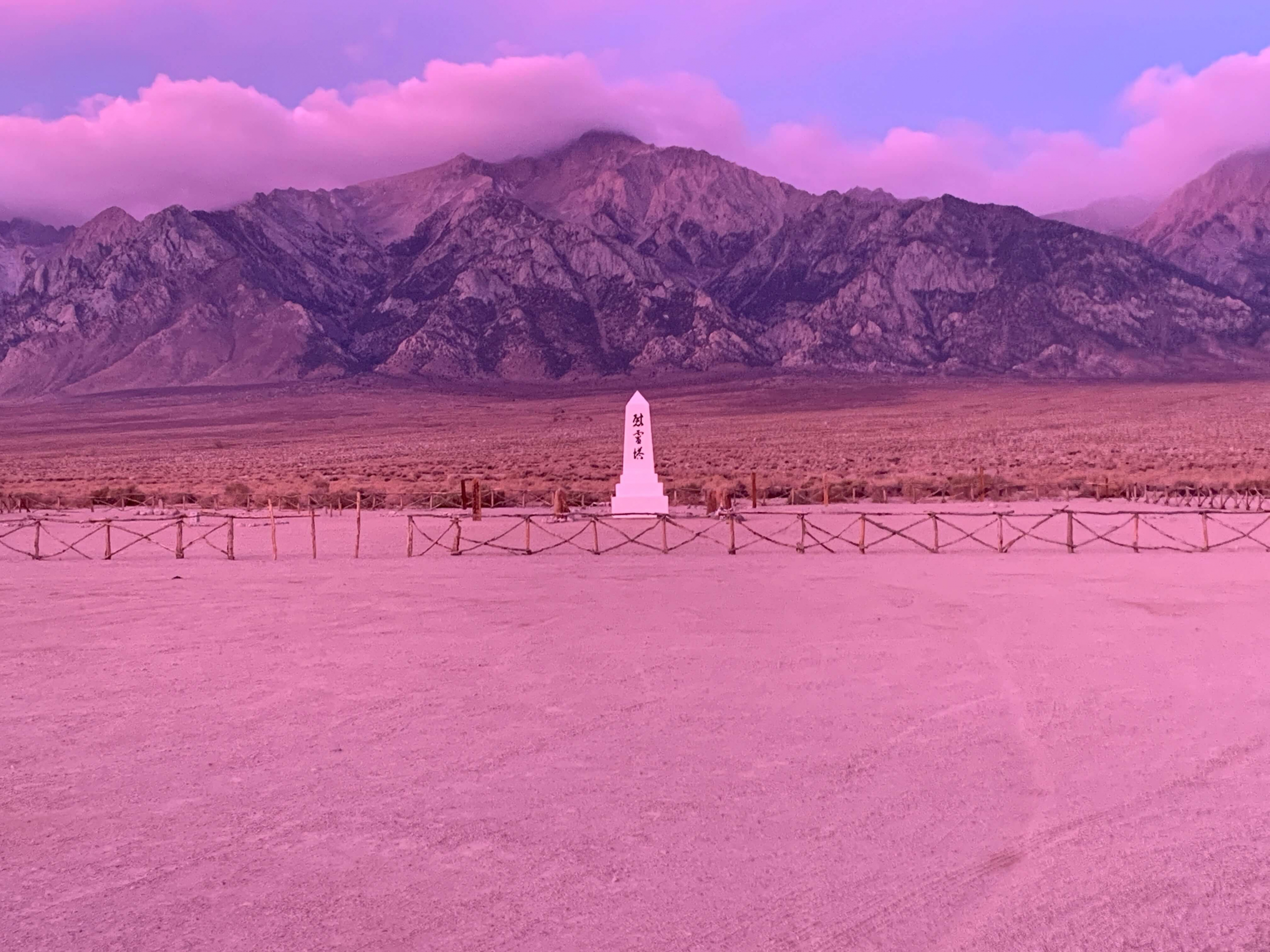 Manzanar was nearly erased a couple of years after World War II.  The buildings were sold and taken away and bulldozers took out what remained.  When you visit, if you come across a piece of pottery or a rusty can lid on the ground, leave it there for us to remember what took place at Manzanar.

One thing that was not removed from the site was the cemetery at the west end of camp.  A monument erected at the site is still there as an important reminder of what people went through.  The remains of 6 souls still lay to rest (many were “relocated” by their families).  An inscription in Japanese on the front (east side) of the monument reads 慰霊塔 (“Soul Consoling Tower”)  It has been a symbol of endurance and transcendence since the 1940s.

Every April from 1969 to 2019, the cemetery is a gathering place for those who seek to commemorate what took place at Manzanar so long ago.  It is the site of the Manzanar Pilgrimage, when people come from all over to play taiko drums, worship, teach/educate and dance, embodying the spirit of ganbatte: not only to endure, but to persevere.

The monument is usually adorned with origami paper cranes.  If you like to fold cranes and put them on a string, bring them with you when you visit Manzanar, and lay them on the monument!

ACTIVITY 11: If you could create your own monument, what would it look like? Draw a photo of the monument you would create for Manzanar and the Japanese Americans who lived there. OR, write about other ways to honor and remember Manzanar for generations to come.